Learning disabilities are disorders that affect the ability to understand or use spoken or written language, do mathematical calculations, coordinate movements, or direct attention. Although learning disabilities occur in very young children, the disorders are usually not recognized until the child reaches school age. 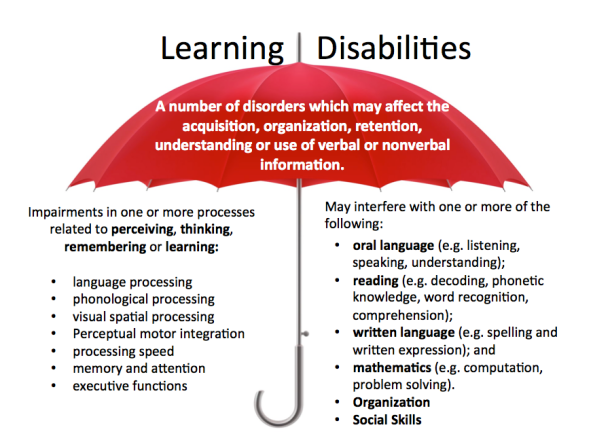 As described by Roxanne F. Hudson, Leslie High, and Stephanie Al Otaiba (2007) in their article: